A holiday idyll at 500 meters

The names of the farms and fields give a vivid picture and an interesting insight into the past. In the ARZ (Acher-Rench-Zeitung) a series about the names in the Renchtal is presented, the fourth article in 2017 was about the Fiegenhof in Ödsbach,which is owned by the family of Bernhard and Katharina Wußler.

How long the farm has already existed is unknown, but probably for more than 500 years. This assumption is supported by the fact that from the beginning the Fiegenhof has been a member of the Mooswaldgenossenschaft, a forestry cooperative, which can celebrate its 500th anniversary in 2026. Jakob and Cordula Eckenfels are found as the earliest farm owners in 1683. The Wußler family has owned the estate for almost 200 years. This dynasty began with Johann Baptist Wußler and Theresia Kern from Zell-Weierbach, who married in 1817. They were followed by Philipp and Maria Anna Wußler (1852), Klemens and Magdalena Wußler (1885), Klemens and Ludwina Wußler (1919), Georg and Franziska Wußler (1946) and Klemens Wussler and his wife Lioba, née Huber (1976) who came from Maisach. In 2010 they handed the farm over to their son Bernhard. He married Katharina Müller from Prinzbach on 18 April 2015.

The Fiegenhof of the Wußler family, named after the Fiegenbach, is located adjacent to Durbach Gebirg, in a small side valley, in the area of the foothills of the Mooskopf. It´s address is Wäldenstraße 38, five kilometers away from the center of Ödsbach and nine from Oberkirch. Although the farm buildings are 500 meters above sea level, there is plenty of drinking water for humans and animals, even in hot summers thanks to the abundantly gushing in-house spring. Even snow in winter is no longer a problem for today's generation, since the winter service of the municipality has been in existence since 1974. Until then, however, the inhabitants had to make their driveway passable with the sledge pulled by oxen. The farmland, which covers 64 hectares, is wooded on 50 hectares. Klemens Wußler still knows, that there used to be little forest area with very high trees, but besides that almost only Eichbosch (a special forest management system) and chestnut trees. His father recultivated the area around 1950. Today the forest mainly consists of spruce, fir and Douglas trees. On the ground of the former chestnut forest Nordmann firs were then cultivated in the 1960s, which, besides Christmas trees, especially deliver fir green. 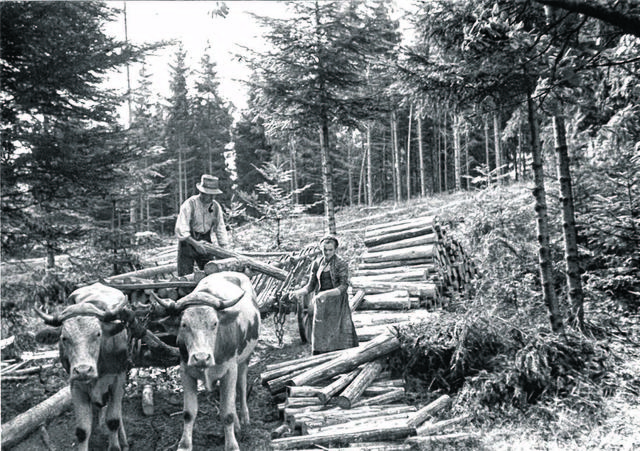 14 hectares of the Fiegenhof are grassland that provides food for livestock. Besides ten dairy cows and their offspring, which are on the pasture during the summer, a bull is still kept which has been a tradition on the Fiegenbach farm. However, agriculture, which used to produce potatoes, rye, oats and clover in particular, does not play an important role anymore. Only one hectare of Topinambur (Jerusalem artichoke) is cultivated, which is needed for the distilling of the traditional spirit. For generations, the different sorts of fruits of the orchard have been processed in the distillery. In addition to this activity, Klemens Wußler introduced beekeeping on the farm years ago, which has become a hobby for him.

A very important economic pillar of the Fiegenhof are the apartments, which are housed in a building constructed in 1970. But the accommodation of holiday guests goes back much further. Even at the time of the great-grandparents of today's farm owner, guests spent their holidays on the Fiegenhof. With the chaise pulled by horses they were picked up at the Oberkirch station and taken to the remote holiday idyll. They were housed in the neighboring house.
Bohlenständerhaus (special construction system of houses)

Among the buildings of the Fiegenhof the observer will especially be impressed by the farmhouse. Not only because it is the dominant building, but also because of its architectural style. It was built in 1816 and could celebrate its 200th anniversary.

It is a so-called Bohlenständerhaus, a constructive form as it was also in the Vogtsbauernhof, explains Klemens Wußler. His family has always taken care that the majority of the old, original wooden structure, whose beams were cut by hand with the ax, was preserved during renovations. Three more houses in Ödsbach (Lendersbauer, Schweißtonis and Pächters in the Ötsch) were built in a similar way at that time.

The Fiegenhof stands out as a green island. 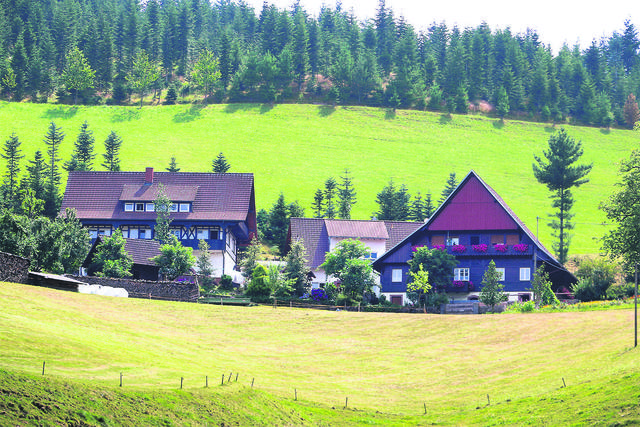 Keeping the landscape open has great significance for his family, explains Bernhard Wußler, who has owned the Fiegenhof for five years now, in an interview with the ARZ.
Mr. Wußler, what is your general opinion about keeping the landscape open?
Bernhard Wußler: Ultimately it is only for the general public. Everyone is fond of the beautiful landscape.
Why do parts still become overgrown again and again?
Wußler: Not everyone is ready to do something for the keeping open of the landscape. Because it means a lot of work, which is not paid for accordingly. It costs more than it yields.
But subsidies are granted for grassland.
Wußler: That's right, and you have to take the money if you want to keep the landscape open. On the other hand, the types of subsidies are so different and connected with so many conditions, so that doesn´t add to the bottom line. Not to speak of the paperwork.
Can you explain that in more detail?
Wußler: A new program always runs for five years. During this time you must not apply any mineral fertilizer on the ground. This is one of the many requirements that are checked. This is a disadvantage for the fruit trees. But if fruit trees and meadows do not get fertilized, the trees and the grass macerate. Therefore the growth is worse. Beyond that the subsidy per hectare of grassland causes a lot of administrative work, in addition to the diverse tasks that arise on a farm. You are becoming more and more heteronomous

Mr Wußler, despite this aspect, the large green space at your farm, which accounts for almost a quarter of the land, is striking. Keeping open the landscape apparently is an issue for you.
Wußler: Absolutely, because open fields are very important for our family.
In what way?
Wußler: We want a farm with an open view. Its beautiful appearance is unique because of the open landscape, and it has a distinctive design. This gives the Fiegenhof an appreciation as a green island that stands out from the forest. 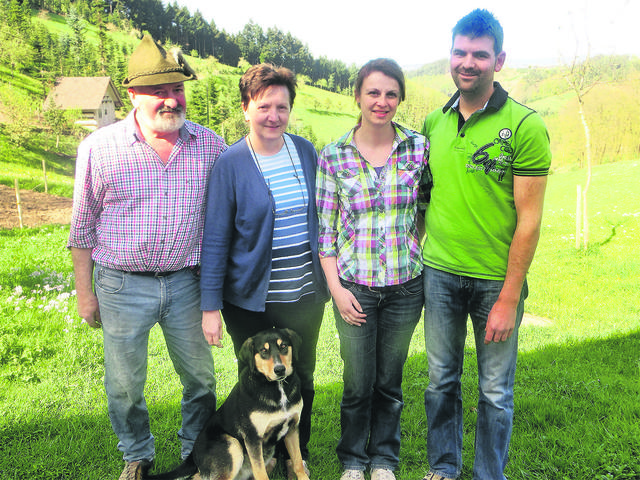